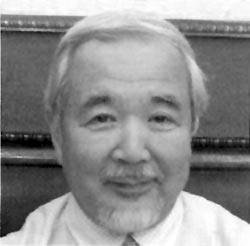 Yasuyo Ito was a leader of horn playing in Japan, forming the Japan Horn Society in 1988, initiating annual horn festivals in regions of Japan, and leading the effort to host the 1995 IHS workshop in Yamagata, the first IHS workshop in Asia.

Ito was born into a family of music lovers. His older brother and sister both played the piano, and his father created a student orchestra at the University of Niigata, where he was president. Ito was more interested baseball before he started his first instrument – trumpet – in junior high school. At a local orchestra, he was given a mellophone to play.

When he was in high school, Ito's father sent him to study trumpet with a professor in Tokyo. At his third lesson, the professor advised him, "The trumpet has so many students, it may be difficult to survive professionally. On the other hand, there are fewer horn players and it will be easier to make a living on it. I will send you to a good teacher." Ito took his advice and studied the horn diligently.

Ito heard a recording from the Los Angeles Horn Club that impressed him so much that he wrote to Wendell Hoss, librarian of the club, asking for copies of the music to play in Japan. With these scores, he called on horn players in various orchestras and began a professional horn ensemble called the Tokyo Horn Club.

Ito heard the Chicago Symphony's horn section, led by Dale Clevenger, play Ein Heldenleben with the New Japan Philharmonic. After the concert, Ito went backstage and asked Clevenger to allow him to go to Chicago and study with him. Ito was in his early thirties at the time. He had lessons with Clevenger, ensemble playing at Northwestern University, and attendance at Chicago Symphony concerts each week. Clevenger took him to the IHS Workshop at Michigan State University, which impressed him immensely and started his dream of bring the IHS Workshop to Japan.

Back in Japan, Ito organized a festival to celebrate the retirement of Kaoru Chiba from the NHK Symphony Orchestra. This gathering of professionals, students, and amateurs led to the formation of the Japan Horn Society. With Ito as its first chairman, the society began its activities in 1988 with regional festivals, culminating in 1995 with the international workshop at Yamagata. This workshop was supported financially by the municipal government, and its audience totaled more than 10,000 people during the week. Ito later commented that having the festival in Japan "created a solid foundation that has resulted in a higher level of horn playing among the Japanese youngsters."

Ito later established the Alexander Horn Ensemble Japan to provide opportunity for players in their thirties, which he led to the issuing of a CD.

Ito received the Punto Award at the IHS workshop in Yamagata in 1995. A tribute to him appears in the February 2007 issue of The Horn Call.