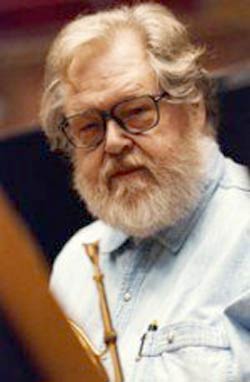 Ib was born in 1940 in Copenhagen, Denmark. His family lived in Iceland from 1946-1951 when his father, Wilhelm Lanzky-Otto (also an IHS Honorary Member), taught piano and horn at the Reykjavik conservatory and was principal horn in the Iceland Symphony Orchestra. Ib began studying horn with his father at the age of 16, and continued his studies at the Stockholm Royal Academy from 1957, still studying with his father.

Swedish composers Gunnar de Frummerie, Åke Hermansson, Yngve Skjöld, and Sixten Sylvan have written solos and concertos for Ib. Ib has made a number of recordings, some with his father at the piano.

As a soloist, Ib has played in all of the Nordic countries, Czechoslovakia, Germany, Austria, France, Switzerland, Canada, and the US. While never maintaining a regular teaching position, he has nevertheless frequently taught at summer courses and master classes throughout Europe and America, including the Paris Conservatory and the Sibelius Academy in Helsinki.

Ib has often performed at IHS symposiums. He is a member of the Royal Music Academy of Sweden, and an honorary member of the Icelandic Horn Club, the Norwegian Horn Club, and the IHS (elected in 2005).