Siegfried Schwarzl was a member and director of the Wiener Waldhornverein (WWV – Vienna Horn Society) and an authority on its history. He was president of the society at its 100th anniversary in 1983 and wrote a book (published in English in 1987) entitled, "The development of horn ensemble music from the romantic era to the present time in Vienna and in other cultural circles."

Schwarzl studied horn with Gottfried von Freiberg and became a member of the Vienna State Opera orchestra, but his music career was interrupted with military duty during the war. Afterward, he directed the stage band of the State Opera, but also studied climatology and became a respected climatologist. He particularly loved the Vienna horn, horn ensembles, and the Vienna Horn Society.

Schwarzl was a member of the IHS Advisory Council (1982-1989). He was honored with the Punto award at the 1985 International Horn Symposium at Towson State University in Baltimore MD, where he gave a lecture/demonstration on the development of horn ensemble music and the Vienna horn. His article about the International Symposium for Brass Instrument Players' Chamber Music in Hungary appears in the October 1985 issue of The Horn Call. 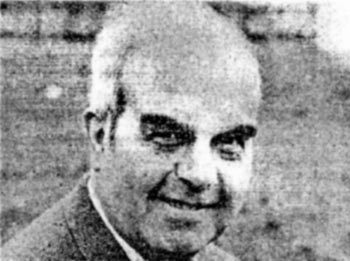 Richard Theurer was fourth horn in the Bavarian State Opera Orchestra (Munich) in a section led by Hans Pizka, which played the premiere of Strauss's opera Capriccio in 1942, under Clemens Krauss, and the first recording of the Alpine Symphony, under the composer.

Theurer was born in 1913 and studied with Josef Suttner. He worked in Bern, Switzerland, then joined the Bavarian State Opera Orchestra in 1937. He retired in 1976.

Theurer was honored with the Punto Award at the IHS symposium in Munich, Germany in 1989.

Ludwig Heibl was second horn in the Bavarian State Opera Orchestra (Munich) in a section led by Hans Pizka, which played the premiere of Strauss's opera Capriccio in 1942, under Clemens Krauss, and the first recording of the Alpine Symphony, under the composer.

Heibl was born in 1911 and studied with Josef Suttner. He played first in a police band, then joined the Bavarian State Opera Orchestra in 1937. He retired in 1976. His younger brother Walter was a flutist and professor of flute.

Heibl was honored with the Punto Award at the IHS symposium in Munich, Germany in 1989. 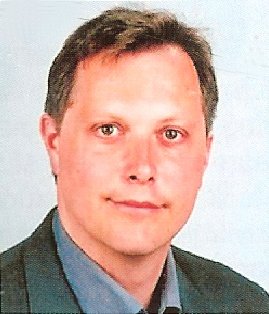 Stefan Ruf is a soloist, chamber musician, teacher, and jurist in Switzerland.

Stefan studied in Basel with J. Brejza, in Detmold, Germany with Michael Höltzel, and in Cologne, Germany with Erich Penzel. His chamber music playing includes the Orpheus Quintet, for which many composers have written and dedicated works.

Stefan teaches young students at the Basel and Zürich conservatories, and his students are regularly successful in competitions. He has developed a system of starting children as young as five years old on single B-flat horns. Stefan also serves on competition juries.

Stefan was honored with the Punto Award at the 2007 International Horn Workshop in La Chaux-de-Fonds, Switzerland. 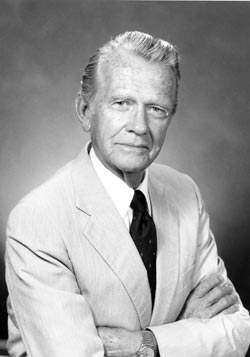 Robert Edward Creech has been a professional horn player, a teacher, and an arts and education administrator. He migrated from western Canada to Ontario, then on to England, and finally to Ireland.

Creech played in many Canadian orchestras: Victoria, Winnipeg, Vancouver, Toronto, and CBC symphony orchestras, and the CBC Vancouver Chamber Orchestra. He performed widely as a soloist in Canada and the US and recorded with the Baroque Strings, the Vancouver Woodwind Quintet, and the Purcell String Quartet. While principal horn with the Vancouver Symphony (1958-1976), he was chairman of the Music Committee of the Vancouver Arts Council, which established the Vancouver Academy of Music and restored the Orpheum Theatre.

Creech became professor and chairman of the Performance Department at the University of Western Ontario in 1976. In 1987, he was appointed Vice Principal and Director of Planning of the Royal Conservatory of Music, implementing its the transition from a division of the University of Toronto into an independent institution. He was a also director of the Canadian Music Council and chairman of the Arts Advisory Council of the Canada Council. He and G. Campbell Trowsdale wrote a report on Orchestras Ontario (1988) and Independent and Affiliated Non-profit Conservatory-type Music Schools in Canada (1988).

Creech received the Punto Award at the symposium at the Crane School of Music in Potsdam NY in 1988. 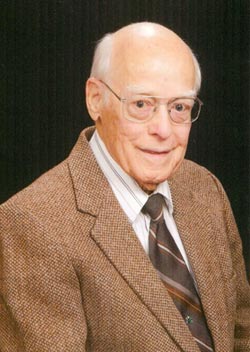