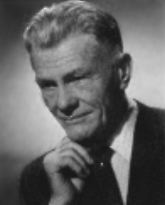 Wendell Hoss, distinguished hornist and revered teacher, is perhaps most often associated with the founding of the Los Angeles Horn Club and the International Horn Society. He served as the first President of the LAHC, and was the first Vice President of the IHS. He is known throughout the horn world for his transcription of the Bach Cello Suites, for many years the transcription to have, and still highly influential. Respected and admired also as a true gentleman, Hoss has been hailed as “the Dean of American Horn Players.”

Hoss enjoyed a wide-ranging career prior to settling in Los Angeles. As early as 1916, he had played extra horn with the Chicago Symphony in their first performance of the Strauss Alpine Symphony. He was principal horn of the Cleveland Orchestra (1921-22). He returned to Chicago (1922-23) as principal horn, but soon left, not wanting to participate in the humiliation of his teacher L. de la Mare, who was dismissed around the same time. He was principal horn of the Rochester Philharmonic from 1924-1930, at the same time becoming the first professor of horn at the Eastman School of Music. From 1928 to 1930 he commuted to New York City for commercial recording and radio work, even playing briefly with the NBC Symphony. He again was principal horn in Cleveland (1930-32), where he also soloed with the orchestra in Mozart’s 3rd Concerto. 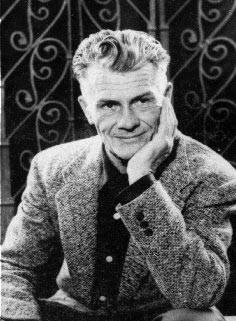 Hoss moved to California in 1933, entering the busy commercial scene. There he remained, interrupted only by a two-year engagement (1940-41) with the Pittsburgh Symphony, Fritz Reiner conducting. (Fittingly, Hoss played Bach for Reiner at his audition.) During his years in Los Angeles, Hoss played with every major film studio orchestra, including 18 years with the Walt Disney studio.

Hoss was soloist with the Rochester and Cleveland orchestras numerous times. He also loved chamber music, performing regularly with the Cleveland Chamber Players and forming the Lobero Trio with his wife, Olive, on violin and viola and pianist Melvin Smith. He recorded the Schubert Octet with the Kolisch Quartet in Washington DC in 1940. He celebrated his 70th birthday with a performance of the Brahms Trio and Schumann’s Adagio and Allego.

Hoss taught at the Eastman School of Music, the University of Wisconsin, the University of Southern California at Santa Barbara, the Music Academy of the West, San Diego State College, and the California Institute for the Arts. His students include composer John Cage, Robin Graham, Keith Johnson, George Cable, Walter Hecht, Warren Greff, and David Jolley.