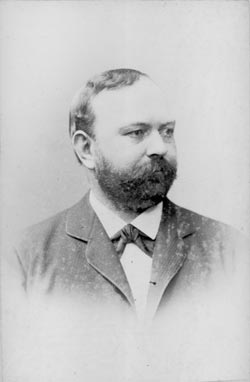 First Horn in the Leipzig Gewandhaus Orchestra and professor at the Leipzig Conservatory from 1864 to 1898. All of his publications give his name as "Gumbert" but the proper spelling of his name is Gumpert, as his actual signature and other documents show.

His major publications include twelve volumes of orchestral excerpt books that are still available today, a horn method, and many arrangements for horn and piano.