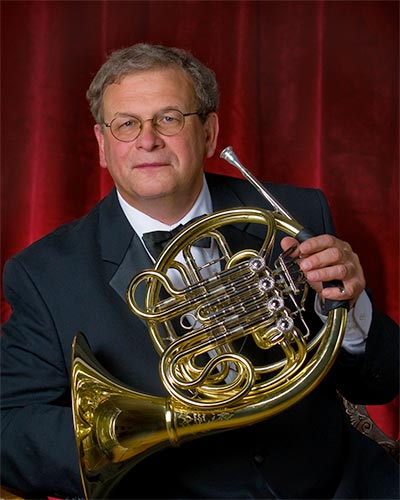 William (Bill) Scharnberg, distinguished performer and teacher, began attending International Horn Workshops in 1973, becoming a life member in 1975 and serving in many capacities over the years. He has inspired students and added to the horn literature with commissions.

Fourteen students were mentored through the DMA degree, all of whom are either teaching at a university and/or performing in an orchestra, with two recently retired from universities. Over thirty students who did not pursue or finish the DMA degree won jobs in orchestras or at universities. Many more have become successful public-school teachers or pursued careers outside music. “I am honored to have had the privilege of working with so many talented students,” he says, “and I am proud of their individual achievements.”