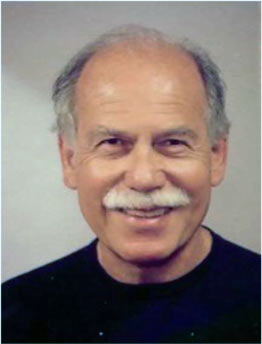 Abe Kniaz was highly regarded as an orchestral horn player when he left the National Symphony Orchestra to teach at Indiana University in 1961. Perhaps he has not been as well known in the United States as a teacher, especially after he moved to Canada, but many students attest to his influence on their playing and also in their lives. Abe is remembered by many as a kind and caring mentor.

Abe was born in 1923 in Milwaukee, grew up in Chicago, studied at the Curtis Institute in Philadelphia, and earned a master's degree at Michigan State University. He played in Pittsburgh, Houston, and Columbus, Ohio. When the Columbus orchestra collapsed in 1947, Abe free-lanced in New York City and then served as principal horn in the National Symphony in Washington DC from 1950 to 1961.

After such a distinguished playing career, Abe felt ready to teach. However, years later, after decades of teaching, he regretted that he had not continued to play longer. After ten years at Indiana, he moved to Canada, playing for a year in the Quebec Symphony and then taking a professorship at Laval University, from 1972 until his retirement in 1994. He played with a brass quintet in Quebec over the years and even after retirement. He was proud of keeping up with the other members of the quintet even though he was by far the oldest of the group.

George Housenga (retired principal horn of the Orquesta Sinfonica de Xalapa in Vera Cruz, Mexico) studied with Abe at Indiana University. "He didn't just teach you to play notes," George says, "he taught sound, for one thing." For six months, he had George play only the second line G. "I thought he was nuts, but he wasn't, because at the end of the six months, I had something."

Abe died in 2007. His widow, Édith Bédard, says, "Abe was a warm person, full of doubt, but who loved music and the search for perfection." Abe's gravestone reads: "The journey of the soul and the journey of music were one to him."