Education: More support for the universities in Latin America. 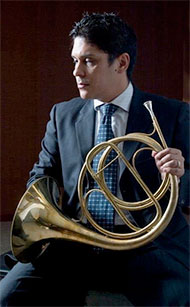 Anticipating and managing crises in today’s world has become increasingly necessary, and in recent years, organisations have rapidly developed programs designed to meet these needs. The COVID-19 pandemic serves as a reminder of the importance of having effective crisis management before, during and after.

It is for this reason that in Latin America they have been taking rapid measures and establishing plans and agreements in order to make preparations for what the future may bring. Many of the academic and cultural institutions in Latin America as well as Central America are promoting academic ties to several institutions in developing countries in order to properly prepare their students, as well as receive virtual classes with professionals in many of the important First World countries. Since 2015, I have been the professor of the horn studio at the University of Panama, and through such cooperation between institutions, have been able to realise festivals and masterclasses with some of the more important pedagogues at prestigious institutions in North America and Europe. However, this is not the case with other countries in Latin America, especially for those who have recently experienced critical political and social situations. My concrete proposal in this bulletin is to initiate the creation of an educational assistance program which would entail sending some of its associates to various conservatories and universities in these countries. Many of the universities and conservatories have no precedent which enables them to pay the travel costs of the visiting professors much less covering the guests’ accommodations and international flights. The objective is the continuing education promoted by the IHS, in order to prepare these students and provide them with the opportunity to pursue their studies at other recognised institutions.

Joel Arias was born in Venezuela, and began his early musical training at the age of eight. He studied Keyboard from age 9 and his studies on Horn at the “Sistema de Orquestas Juveniles e Infantiles de Venezuela” at the age of ten.

During two consecutive periods he was a recipient of the DAAD (Deutscher Akademischer Austauschdienst) Stipendium, scholarship granted by the German Government to complete his post-graduate studies, perfecting his skills as a soloist with the Valve Horn and the Baroque and Natural Horn with Michael Höltzel at the celebrated “Hochschule für Musik Detmold”. Baroque and Classical Horn with Prof. Ab Koster in die “Hamburg Hochshule für Musik und Theater” (in Germany), with Prof. Javier Bonet in “Escuela Superior de Música de Cataluña” (Barcelona-Spain). Master Class with Phill Mayer, Frank Lloyd and Radovan Vlatkoviç.

In 1997, he has named associate professor of the Itinerant Conservatory from the Beracasa Foundation together with the acclaimed French Horn player André Cazalet. Presently, he is professor at the Facultad de Bellas Artes de la Universidad de Panamá, Principal-Horn of the Orquesta “Sinfónica de Venezuela” and Current President of the “Delfino Núñez” Foundation for the Iberoamerican Horn School and Area representative for the International Horn Society. Mr. Arias can teach in German, English, Italian and Spanish.