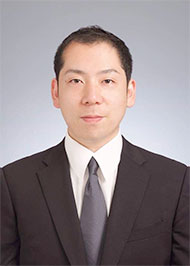 While playing a French horn, many facial muscles form a playing-related configuration adjusting to the mouth piece, the so-called “embouchure”. Many French horn players said embouchure is very important to play appropriately. Additionally there are many textbooks related to playing brass instruments written by famous players, and these books noted that how important embouchure is. Therefore all brass players should train and develop their embouchure every day in order to control sounds. However, there are few studies on embouchure with scientific approach. Thus our team investigated the activity of the embouchure-related five facial muscles and facial-skin movement around the mouth during sound production by 10 trained French-horn players.

The research questions are:

We used small surface electromyograms (EMGs) to get facial muscle activity, and small reflecting markers to get the data of changing skin movement. EMGs were attached on the right-side of the face and small markers were attached on the left-side of the face (see Figure). Using his/her own French horn with their mouthpiece, each participant performed four sets of three successive 6 sec sustained tone productions at different levels of sound intensity. We calculated the mean EMGs at two phases; during sound production and just before sound production, and we measured distances of markers attached their face. Consequently, there were no difference in EMGs and distances of markers between the two phases. It suggest an appropriate formation of pre-attack embouchure was important to play the French horn successfully. We assume that an “off-pitch” tone attack on a real stage may be caused by an inappropriate embouchure setting.

EMGs in all muscles while playing the French horn increased linearly with an increase in pitch; they also increased with tone intensity without interacting with the pitch effect. Orofacial skin movement remained constant across all pitches and intensities except for lateral retraction of the lips during high-pitch tone production. Expert opinions on the embouchure muscle contraction vary from keeping relaxed to moderately tensed when engaged in all level of tone, or gradually tensed in relation to the level of pitch and intensity. Our findings clearly support the latter opinion. All facial muscles examined were activated continuously from the pre-attack phase to the end of tone production, and their activation levels were pitch- and intensity-dependent.

If you want to see more information, please check our article. 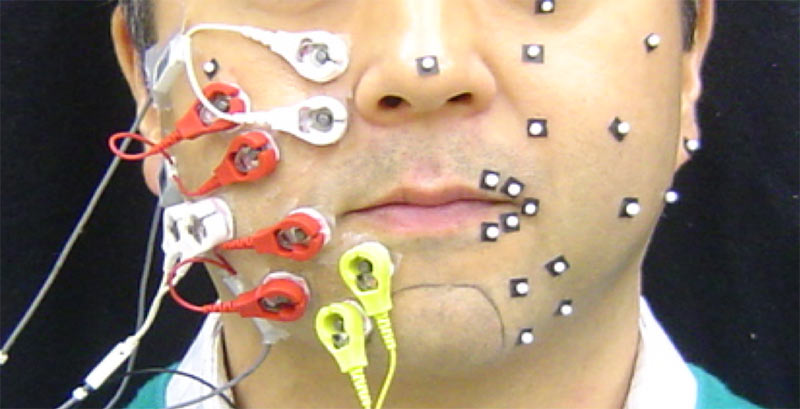