Pedagogy - Play What You Know 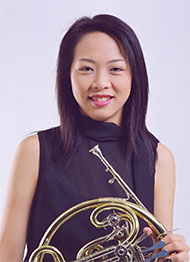 One of the most important things I have found in my career of teaching and playing horn is using positive reinforcement to help students build on what they already do well.

At some point almost every student I have worked with has said “Oh, that’s just my old habit” to excuse a tendency in their playing that is less than desirable. Once they realize the tendency does not go away after a few attempts, they often jump to the conclusion that “it’s hard to break an old habit.” When I first started teaching, I made it a priority to come up with the best way to help them to “break their old habits.” I was successful with some students who were already prepared to break their habits, but not successful with other some students, who worked equally hard, or sometimes harder. No matter how many different approaches I tried, we would make little progress and the old habits would remain unchanged in the end. It finally hit me one day in a student’s lesson, and I suggested that the student “try building a new habit instead of breaking an old habit.” With this new goal, the student had an easier time focusing on building the new habit.

Most of us are familiar with the power of positive thinking and how it affects our playing or life in general. I have decided to take this to the next level by reinforcing the elements in horn playing that the students already know and do well. In horn choir rehearsals, students often play with a timid tone when confronted with a technical passage. I found it effective to help them identify what they already know first, perhaps the scale patterns, intervals or rhythmic patterns, to establish the new/healthier habit, and then have them apply what they know with their best tone. By reinforcing what they know with the best tone quality they are capable of, students are more confident and are more likely to make the new habit stick. Tuning chords in horn choir rehearsals has also benefited from positive reinforcement. The quality of the chords is usually easier to identify when students play the chords with their best tone. I then proceed with the normal tuning procedure by building chords from the root followed by the fifth and the third.

I find myself saying “play what you know” and “play  with your best tone” a lot more now in horn choir rehearsals and in lessons. The students respond to these comments with much more positive results in their playing.

A native of Taiwan, Dr. Yu-Ting (Tina) Su is Associate Professor of Horn at the University of Northern Iowa and directs the UNI Horn Choir.  Prior to her teaching position, she was the third horn with the Taipei Symphony Orchestra in Taiwan. As an active chamber musician, Su is a co-founder of the Wonder Horns (Taiwan), a member of the Northwind Quintet and the Northern Brass Quintet. She studied with William Purvis at SUNY at Stony Brook and the Juilliard School, as well as Verne Reynolds and Peter Kurau at the Eastman School of Music. Passionate about expanding the horn repertoire, Su has premiered pieces for horn and other instruments composed by Reynolds, Tsai, Lu, Schwabe, and Askim.  She also arranged several volumes of art songs for horn and piano; the first volume, Three Bizet Songs for Horn and Piano, was published