Cape Town – Under My Skin 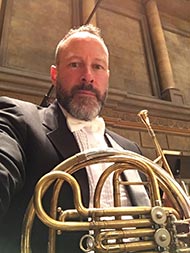 On my very first day in South Africa in August 1989, I stood in line at a bank to open a new account. An elderly British man was behind me, hopping around excitedly, unable to stand still. He asked me if this was my first time in Cape Town. I replied that it was, and that I had just arrived here to take up a job in the Cape Town Symphony Orchestra. He explained that this was his first time back in Cape Town in 30 years, and not a day had passed when he hadn’t thought about it. “You can leave,” he said. “But you can never leave.”

Years later I still recall his words and the truth in them. These days I’ll go weeks without thinking about Cape Town, and then it’ll stealthily pop into my consciousness with an accompanying pang of loss that still feels as fresh as the day I left. When I look back on my nearly 13 years of living and working there, my overall feeling is a kind of dual-edged surprise, opposite sides of a coin: disbelief on the one hand that I stayed so long, but on the other that it all felt like it went by so quickly.

Before I get to describing the orchestral scene in South Africa, I first need to provide a picture of Cape Town and the actual boots-on-the-ground (or rather sandals-on-the-beach) experience of day to day life there. It’s one of those places that gets under your skin. Jaw-droppingly beautiful, geographically impossible, with a perfect climate rivalling San Diego, the city of Cape Town wraps around the feet of 3,000-foot-high mountains. The tallest of these, Table Mountain, is a massive flat-topped mesa that lords over all activity below and even governs the weather. Viewed from a distance the city looks improbable, like a scene digitally created for a movie. Wild nature is everywhere, even in a city of four million. If you live on the slopes of the mountain, as I did, you can wake to find a cobra sunning itself next to your pool. In the suburbs, baboons breaking into cars and raiding kitchens are a common occurrence.

My orchestra boasted a long and impressive history. The oldest orchestra on the African continent, for more than 80 years the Cape Town Symphony Orchestra had regular visits from conductors like Sir Thomas Beecham and Igor Stravinsky. My position came about through my teacher, John (Jack) Covert, at Ithaca College. Jack helped found many of the schools of brass playing and teaching in South Africa in the 1970s and 80s, and many of his top students subsequently got their start in an orchestra in Durban, on the Indian Ocean coast, where Jack had longstanding ties.

I was one of Jack’s first students to land a job in Cape Town, starting out on utility horn and eventually landing in the job of 3rd/Associate Principal. Family and friends thought I was crazy, dropping everything I knew to go work halfway around the planet in a place I had never been and understood little about. I assured them that I intended to fulfill my two-year contract, gain lots of great experience, and then repatriate to hit the audition circuit back home. But while we’re busy making plans, life often has a habit of making its own plans for us.

Rehearsals were four days a week, Tuesday through Friday mornings, with Saturday night concerts, a different program each week. After rehearsal I had my choice of bicycling to the mountain to hike, or bicycling to the beach for some sun. Or both. Programs were challenging, and with a small but supportive audience we tore through the repertoire, able to play pretty much anything we liked to full houses. In just my first few years I got to play and learn nearly all the Mahler symphonies, half the Bruckners, most of the Strauss tone poems, and more than my fair share of unusual rep from composers like Roussel, Scriabin, and Martinu. It was an ideal place to learn: the orchestra was very good, but a mistake didn’t mean your job was on the line. An added bonus was that conductors and soloists loved to come down from Europe and the U.S., enjoying the vacation aspect of having a gig in Cape Town. This gave us unparalleled opportunities to work with some fantastic musicians with very big names.

One of the most enticing things about life in South Africa in the 90s actually had nothing to do with the orchestra. As a developing economy with an impressively advanced first-world infrastructure, the country embodied a pioneering spirit not often found in other places. If you possessed a skill, you could very likely find someone who would give you a chance to use it. During my first years there, I discovered that I could write. I quickly landed a part time gig writing copy for one of the largest advertising agencies in the country. An anecdote I like to share serves as a metaphor for my life in South Africa: one evening watching television, I heard a familiar tune. It was a commercial for margarine. I had written the ad. When we were recording it, the producer decided he hated the actor doing the voiceover. He pointed at me and my real American accent, ordered me into the booth, and I narrated the words I’d written. When the commercial aired, I also recognized the music—because I had recorded the horn parts for the jingle earlier at the same recording studio.

By now it’s probably pretty clear why I stayed so long, and why two years magically (and oh so quickly) became thirteen. Why I left is another story. I fully realize I’ve made absolutely no mention of the political situation in South Africa. Opening a massive barrel of worms by discussing the aftereffects of apartheid and institutionalized racism obviously falls outside the bounds of this short article. I will only say that in the late 1990s, the climate began changing rapidly. South Africa’s orchestras were suddenly having to justify their existence to a majority-rule government that had historically been given no valid reason (or indeed opportunity) to engage in or support “western” culture. And the orchestras had little experience with trying to reinvent their decades-old wheel in a very short time. So after nearly a century, my orchestra was forced to fold when the city government withdrew its funding.

In the 1990s there were more than a dozen fully professional orchestras in South Africa. Today there are three. I’m pleased to say that the Cape Town Philharmonic, successor to my orchestra, is one of the survivors and today is in fact thriving, having made itself an integral part of the city’s education and mind-bogglingly diverse cultures.

And so in 2001 I finally came back home. Unwillingly, it must be said. Today I am lucky to have a good job in a good orchestra—but I will always miss South Africa. For thirteen years of my life I got to live and make music in a beautiful place, having incredible life experiences I wouldn’t trade for anything. And I made a living wage doing what I love: playing the horn. It was more than enough for me. In the end, isn’t that what we all strive for?

Stephen Laifer currently serves as 4th horn in the Rochester Philharmonic Orchestra and is an adjunct instructor at the Eastman School of Music.