The Horn in Australia

IHS Members Only Feature
From The Horn Call, February 2010 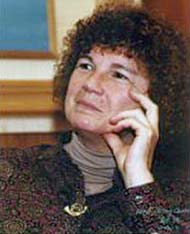 Australia has a long and rich history of horn playing and composition. Barry Tuckwell is its best-known  player by dint of his world-wide reputation as a soloist, but he was not the first horn player in Australia, and many more excellent players fill the ensembles and conservatories today.

Two of the best-known hornists in Australia in the 20th century are Alan Mann and Alexander Grieve.

Alan Mann played in the Sydney Symphony Orchestra and taught at the Sydney Conservatorium. Barry Tuckwell (born 1931) moved to Sydney at age 16 to study with Alan and be his assistant in the orchestra before he moved to London. Alfred Hill (1869-1960) dedicated a Concerto for Horn and a Sonata for Horn and Piano (1947), later adapted as Serenade for Horn and String Quartet, to Alan Mann. Graham Powning has written and arranged many works for four horns, one called Homage to Alan Mann (1998).

Alex Grieve (1923-2006) was a member of the Melbourne Symphony Orchestra for thirty years, played in many other orchestras, founded the Melbourne Horn Club, and was a teacher and a supporter of community music. He was an IHS Advisory Council member (1971-1977), and was given the IHS Punto award in 1986 at Detmold, Germany. In Australia, he was awarded the Order of Australia medal in 1994 and the TOAN (Australian National Orchestra) Lifetime Achievement Award in 2005.

The rest of this article is available only to logged in members of the IHS. Members have access to the entire 47 year archive of the Horn Call. If you are already a member, log in above; if not, join now!

Marilyn is Assistant Editor of The Horn Call.