Alexander and Sergey Akimov – A Quarter Century in Seoul

(compiled and edited by Mike Harcrow) 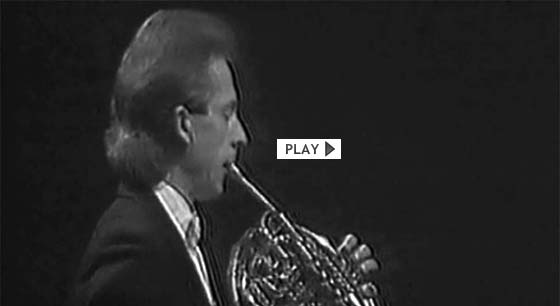 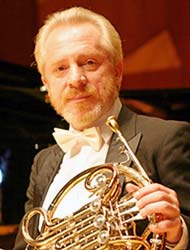 Alexander: I grew up in a musical home in Belarus where, most evenings, the sounds of balalaika and bayan accompanied the singing of Russian folk songs. While I began horn very late, at age 17, I graduated from Gomel College (a music vocational high school), and I earned degrees from both the Minsk and St. Petersburg Conservatories. Among my teachers was Vitali Bujanovski. The video here is a recording I made for soviet television of Caccini’s Ave Maria, and you can hear that it is in the soviet style you might associate with Prof. Bujanovski.

In 1986 after the nuclear power plant disaster at Chernobyl, I determined somehow to leave Belrus to protect my family. I had been working as solo horn of the Minsk Bolshoi Opera Theatre, but I eventually accepted a position in Moscow with the Russian Symphony Orchestra, conducted by Veronika Dudarova. I spent a year working in both Moscow and Minsk, alternating two weeks in one city and two in the other. While with the RSO, I became acquainted with bassoonist Viktor Chmatkov. His colleagues in Kiev introduced us to vacant principal positions with the Korean Symphony Orchestra in Seoul.

We came to Korea together in August, 1992. This was a very difficult time; I needed to leave my country for potential health risks but also because of the worsening economy, but I left my family behind and lived alone in Seoul in a small studio apartment. I found it difficult to cook for myself or to adjust to the Korean diet, and my two front teeth were also a worsening problem since I had suffered an accident in Minsk. In November of 1992, Mike Harcrow joined the horn section of the KSO as associate principal. We became great friends, but even with Viktor and Mike as companions, I was lonely and missing my family. I occupied my time trying to learn both Korean and English. Finally, after over a year in the KSO, I was able to bring my wife and two children, Tanya and Sergey, to Seoul in October of 1993.

The health of my teeth eventually forced me to leave the Korean Symphony Orchestra after only three years. Mike was appointed principal horn and held that position until he left to pursue his doctorate in America in 2003. In the meantime, I struggled with dental implants, playing in smaller orchestras and chamber groups and teaching to have an income. After trying several sets of front teeth, I finally found something comfortable enough to enable me to play well, and in 1998, I won a position as principal horn for the Korean Broadcasting Systems Orchestra. I held that position for 17 and-a-half years until my retirement last year, although I still return to sub for them.

I enjoy composing for horn and for wind quintet as well as for orchestra, and I have recently become interested in sound engineering. I still conduct master classes around the peninsula, and I continue to play with my chamber group, Ensemble Prisma (a wind quintet plus piano, comprised of members from the three major orchestras in Seoul); we celebrated our 20th year together recently.

I have, in the 25 years that I have been in Korea, taught horn at several universities. Currently, I am professor of horn at Suwon University. Many of my students over the years have won major national and international competitions and many now work in orchestras all over the country. I will say proudly that my favorite student has been my son, Sergey. 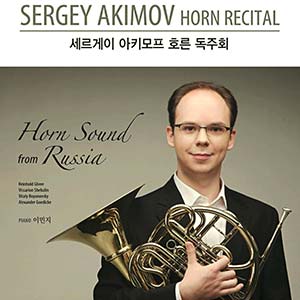 Sergey: At age twelve, my father tried to teach me horn. At first, I was very lazy and practiced only half an hour a day. When I entered middle school and started taking lessons from Mike Harcrow, my father’s KSO colleague and professor at the Korean National University of Arts, I became more serious about playing horn and improved dramatically. (This was before I learned English, so Prof. Harcrow taught me in Korean, much to the surprise and amusement of my classmates!) After middle school, I was accepted to Seoul Arts High School and while there, my father became my teacher in an official capacity. In my senior year, I received a scholarship for Outstanding Achievement; I also won the school concerto competition and got to perform in the main hall of the Seoul Arts Center.

After graduating from high school, I entered Seoul National University where I studied with Prof. Young-Yul Kim. That year, I also won a position with the Seoul Youth Orchestra, an experience which was both inspirational and revealing in helping me understand the rigors of professional musicianship.

In 2006, I entered the Jeju International Brass Competition and won the horn division. The following year, I traveled to Prague for the difficult, world-class competition there. This was a challenge, and while I did not advance, I met many amazing horn players, David Alan Cooper among them.

I was accepted at Mannes College for a master’s degree and was fortunate to study with Phil Myers. Playing first horn on Mahler's fifth symphony – without an assistant – at Avery Fisher hall was the highlight of my time in New York.

At the time of my graduation from Mannes, my friend Hong-Park Kim (then associate principal of the Seoul Philharmonic and currently co-principal of the Oslo Philharmonic) invited me to sub with the Seoul Philharmonic Orchestra under the baton of Myung-Whun Chung. After about six months, I won a full-time position with the orchestra. We have made ten recordings for Deutsche Gramophon and have had several successful tours to Europe and North America.

Three years ago, I became the horn professor at Anyang University near Seoul. I regularly perform recitals and various genres of chamber music as well as in a horn ensemble comprised of my classmates from SNU.

I married Min-Jee Lee in the summer of 2015, and last July, our son Daniel was born. Most recently, I was granted Korean citizenship, and I have taken Lee as my official Korean family name.

Please enjoy this video of my wife and me performing a jazz-influenced work by my father. 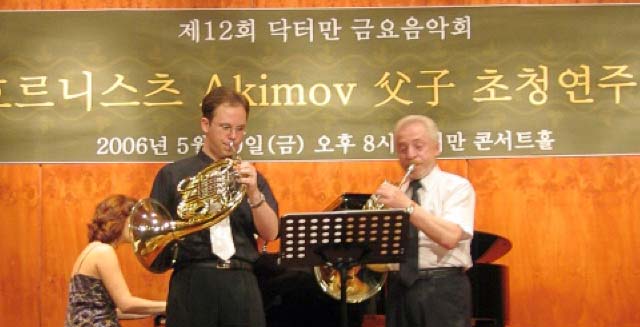