Traveling from Japan to Brazil

Hello everyone, my name is Mami Abe, Coordinator of IHS JAPAN. 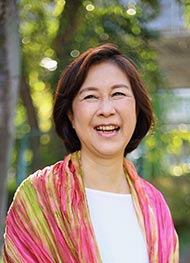 I currently live in Tokyo, Japan. This year’s Symposium will be held in Natal, Brazil, which is roughly 12,000 km along a straight line from Japan to Brazil. Hypothetically, if I were to dig down straight starting from my house in Tokyo, I would be able to reach Brazil. However, there is no such technology at this moment… The Japanese Prime Minister, Shinzo Abe, appeared during the closing ceremony of Rio Olympic games dressed in SUPER MARIO by a Warp Pipe from Shibuya, Japan. In simple terms, Brazil is the opposite side of the world to Japan.

The shortest way by flying from Japan to Brazil would take roughly 35 hours long (1day and 11 hours, one day and a half).

About 250,000 Japanese people migrated to Brazil starting 100 years ago, and now they have grown to a community of 1.6 million people. Furthermore, many Brazilians have moved to different parts of Japan. It is not too much to say that the manufacturing companies are supported by a growing Brazilian population in Japan.

I am a travel enthusiast. I have attended many International Symposia: Munich, Kansas City (Missouri), La Chaux-de-Fonds, Los Angeles, Ithaca.

I have met many new hornists during these events and tremendously enjoyed being able to perform together in mass horn choirs.

Brazil’s music and food have been gaining popularity in Japan. If time permits, I would like to go to Brazil.

My recent trip to the USA was exhausting enough. I wonder what fun awaits me after traveling a day and half to Natal. Whether it’s listening to Samba and Bossa Nova, or eating Brazilian food in Natal, I am certain I will enjoy my time there.

I am truly looking forward to meeting new people from around the world in Natal, Brazil.