Kodály Pedagogy and the Horn

“To teach a child an instrument without first giving him preparatory training and without developing singing, reading and dictating to the highest level along with the playing is to build upon sand.”
Zoltán Kodály 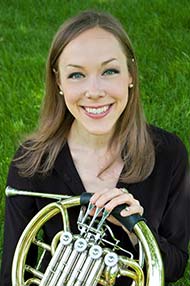 I have experienced a bit of culture shock since arriving in Hungary, but not necessarily in the way you might think. While I have limited Hungarian vocabulary and I am thousands of miles from my hometown near Chicago, it has been the experience of jumping into vocalist culture that has made me feel like a foreigner. I felt completely lost walking into the first day of choral rehearsal, normally just orienting myself by finding four chairs in front of the timpani. A kind soul directed me to the mezzo-soprano section, where I have remained ever since.

So why I am interested in Kodály, then as a horn player? I first became interested in Kodály pedagogy while conducting my doctoral research. My own frustrations as a young horn player inspired me to consider how we might correct the “wrong-partial” syndrome that causes so many beginners to quit. While investigating methods of teaching solfege to children, I was immediately taken with the Kodály Concept. The method is vocally based, which means that the ranges are very suitable for horn playing and lend themselves exceptionally well to the tried-and-true progression of sing-buzz-play.

It seemed to me that it was time for some materials that integrate this approach to solfege and musicianship into horn instruction. So, I applied for a U.S. Fulbright grant to attend the Kodály Institute of the Liszt Ferenc Academy of Music in Kecskemet, Hungary, Kodály’s hometown. The faculty consists of world authorities on the Kodály Method, most of whom also teach at the affiliate Liszt Ferenc Academy in Budapest, as well.

The Hungarian approach to musicianship is rigorous and comprehensive. Children only choose instruments once they have had several years of music and singing classes. This was certainly the case with the remarkable Miklos Nagy, who met with me at his home just down the street from where he studied solfege as a young musician. He says that he still thinks in solfege when performing and teaching the horn repertoire.

Everyone at the institute enrolls in a solfege class that consists of incredibly demanding musicianship exercises, usually involving improvisation, figured bass, transposition, and sing-and-play with piano and voice. For a horn player who is used to reading one line using four valves, many of these assignments feel like trying to do Sudoku while tap dancing and reciting the alphabet backwards.  But once I return to reading a new horn etude, I am thrilled by how quickly my inner ear can turn the notes on the page into sound out of my bell. 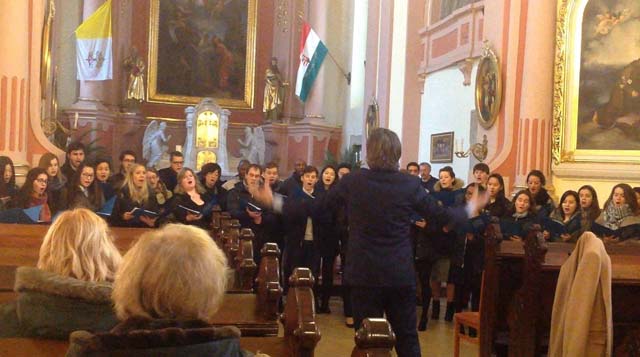 The heart of the Kodály Method is folksong – and Hungarian folksong is outstandingly beautiful. These melodies are everywhere in their musical tradition, from the songs used to introduce solfege to children to the hourly glockenspiel ringing from the Városháza, or town hall. My particular pedagogical interest is how Kodály pedagogy sequences these folk songs. Children start with songs that only consist of two or three pitches, then gradually expand to the entire diatonic tone set by one pitch at a time. New pitches are always introduced in the context of a melody, which is learned and practiced while playing games. This is perhaps what makes the method so engaging and effective; rather than didactic musicianship training, the students develop their musicianship while playing and taking part in beautiful national traditions.

Now, I have taken the Kodály approach and have started to write a book that allows young hornists to learn solfege and horn fundamentals through slowly expanding tone-sets, such that even a beginner with a narrow range can play singable melodies. Since Kodály believed that folk music was the most appropriate way to teach musical concepts, the book is based on American folksong.

I will miss being here when my grant ends in June. But, I consider the thoughts of Kodály, who said "if we want to understand other nations, we first must understand ourselves. There is no better means for this than folk music.”

It is an honor to take this Hungarian tradition back to the United States, where in turn it might help us to better understand ourselves not only as Americans, but complete musicians as well.