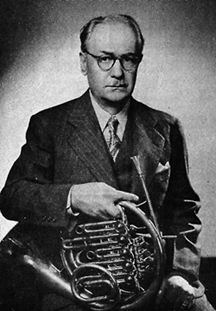 Sansone was elected an IHS Honorary Member in 1971. A tribute appears in the November 1975 issue of The Horn Call and an article on his life and accomplishments in the February 2005 issue.
This website uses cookies to enhance user experience, including login status. By using the site you are accepting the use of cookies.
Ok