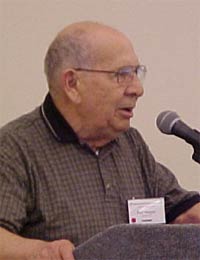 This award, named for the longtime Editor of The Horn Call, Emeritus Dean, and IHS Honorary Member, Paul Mansur , provides opportunities for full-time students attending the IHS international symposium to receive a lesson from a world renowned artist or teacher.

Award: Private lesson with a Featured Artist or Advisory Council Member at the IHS international symposium and a one-year IHS membership.

Judging: Essays will be evaluated for both content and grammar, so time and care in preparation is encouraged.

Deadlines: Completed applications must be received by the IHS Executive Secretary no later than May 15, 2020. Applicants will receive notification of the awards by May 22, 2020. Please note that this award does not include any financial assistance to attend the symposium.

The Dorothy Frizelle Memorial Fund (biography appears on page 124 of the April 1989 issue of The Horn Call) was established in her memory to support the study of orchestral horn playing at IHS workshops.

Award: One winner may be selected in each category (High and Low). Winners will receive an orchestral coaching session from an orchestral artist at the International Horn Society Annual Symposium and a one-year IHS membership.

Age Requirements: Full-time students under 25 years of age on July 31, 2020 are eligible.

A required pre-competition master class that will cover both the excerpts required and the expectations of the judging committees in performance and audition decorum will be held during the first few days of the symposium. After the master class, rosters for the high and low horn auditions will be established. Anyone not attending the full masterclass will not be allowed to compete.

Jon Hawkins (1965-1991) was a Life Member of the IHS, just starting his career as a professional musician when he met his death in a traffic accident. His parents, Neil and Runa Hawkins, established this award as a memorial to their son. More information on Jon Hawkins.

The purpose of this award is to encourage the attendance of deserving, highly motivated horn students at the annual IHS symposiums, where they can be intensely exposed to state-of-the-art levels of performance, pedagogy, equipment, and resources.

Award: One award up to $1,500 (US) to be used for the registration fee, room, board, and travel costs to the 2020 IHS Symposium. In addition the award winner will:

Application Requirements:
Applications must be submitted online. A complete application must include:

Recordings must be in mp3 format, with a maximum size of 15MB per file. Attempting to upload a file larger than 15MB will abort the submission.

Judging: The winner will be selected on the basis of performance ability, a demonstrated need for financial aid in order to attend the upcoming workshop, and personal motivation.

Deadlines: Completed applications must be received by the IHS Executive Director no later than May 15, 2020. Applicants will receive notification of the awards by May 22, 2020.

The purpose of this competition is to nurture and develop the great horn soloists of the future. All finalists are expected to pay for travel to the Symposium and register as a participant.

Recordings must be in mp3 format, with a maximum size of 15MB per file. Attempting to upload a file larger than 15MB will abort the submission.

Judging: Applications will be judged on the quality of the recorded performances (including the fidelity level). Individual identification of recordings will be removed by the Executive Director before being submitted to the judges to ensure anonymity. The judges will select up to five finalists to compete at the forthcoming IHS International Symposium (Eugene, OR, USA).

Finalists will perform the same concerto and work with horn and piano that was submitted to the judges. A rehearsal with a staff accompanist will be arranged for finalists who do not bring their own accompanist. All finalists will receive written evaluations of their performance. The judges will select any prizewinners and they will be announced during the annual IHS business meeting.

Deadlines: Completed applications include both an application form and a recording of the three required selections, and must be received by the IHS Executive Director no later than May 15, 2020. Applicants will receive notification of the awards by May 22, 2020. 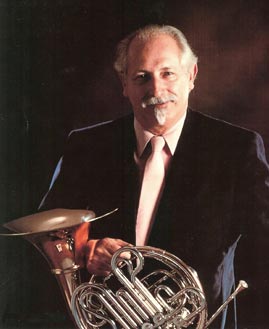 The Barry Tuckwell Award was established in 1997 to honor the IHS Founding President and is designed to encourage and support worthy horn students as they pursue education and performance opportunities by attending and participating in masterclasses and workshops throughout the world. Application deadline December 1, 2019.

Award: One award of up to $500 will be used to help pay the registration, room and board, and travel costs to attend any master class, workshop or symposium in which the applicant will study with master hornists and perform. The winner will also receive a one-year IHS membership.

Judging: Applications will be judged on a combination of ability, character, motivation, goals, financial need, and opportunities available at the selected venue.

Deadlines: Completed applications must be received by the IHS Executive Secretary no later than December 1, 2019. Applicants will receive notification of the awards by January 2, 2020.

This award is payable directly to the symposium or master class artist, or to the winner upon submission of receipts for expenses.

The Life of Jon Hawkins

Jon Erik Hawkins was born in Stockholm on July 14, 1965, when his parents were working and studying in Sweden. He arrived in the United States on his first birthday, and two years later began a nomadic childhood when his father reentered the US Air Force. After moving for the third time, he had his first piano lesson in Montana at age 6. He continued his piano lessons when his family moved to England.

At age 11, while living in Illinois, he was smitten with another passion − orchestral music. After listening to Tchaikovsky's 1812 Overture for the first time, he said, "Someday I will play in a major orchestra!" He wanted to play any instrument. To Jon it didn't matter, but the school band needed French horns, so a horn it was. Jon immediately fell in love with the instrument which, from the beginning, to him was not a French horn but THE Horn.

In Illinois he studied with Larry Strieby of the St. Louis Symphony and played one year with the St. Louis Philharmonic before his family moved to Burke, Virginia in 1982. In Virginia Jon studied with Ted Thayer of the National Symphony and played with the Northern Virginia Youth Orchestra, American University Orchestra, and the Brass of Peace Ensemble. In 1983 he auditioned for and was accepted to fill an opening with the Air Force Band of the Golden Gate at Travis Air Force Base, California. There he played with the concert band and woodwind quintet and studied with A. David Krehbiel of the San Francisco Symphony.

In 1988, just prior to his reassignment to the Air Force Band in Japan, Jon attended the IHS Workshop in Potsdam, New York, where he purchased a Vienna pumpen horn, the horn he wanted to help him achieve his greatest desire, to play with the Vienna Philharmonic.

On April 5, 1991, Jon left the Air Force to pursue his dream to study and play in Vienna, Austria. On his way home the following day, his dream suddenly ended when he died in a traffic accident.

Jon was a life member of the IHS, just starting his career as a professional musician. To commemorate his life and help preserve his dreams and aspirations, Jon's parents, Neil and Runa Hawkins, decided to support projects related to horn playing as a continuing form of a memorial for their son.

The first step was initiated by Eric Strohecker, Jon's close friend and fellow musician. He developed a plan to commission a concerto for horn and orchestra that would be dedicated to Jon. Eric selected Dr. Werner Pelinka (born 1952) of Vienna, Austria to compose the concerto. Dr. Pelinka is experienced in writing for the Vienna Horn and has written several works for horn in consultation with Roland Horvath of the Vienna Philharmonic. Eric prepared a brochure regarding this concerto. A copy of the concerto is presented to the winner of the Jon Hawkins Memorial Award each year.