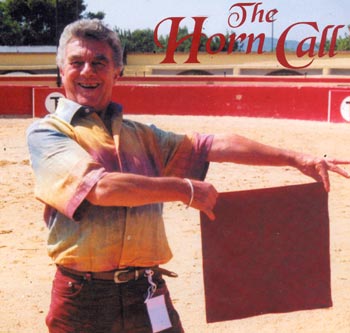 Hermann Baumann, Tompodor
Valencia: a place of sunshine, palm trees and endless beaches; a place of interesting culture and flavorful foods; a place that will always hold a special place in my heart. The 36th IHS Workshop in Valencia was a week I will never forget. the high caliber of playing, the many interesting concerts at state of the art facilities, and the friendships that were made, left me counting down the days until the next workshop. In the surroundings of over 400 other horn players, I often forgot to introduce myself when talking to someone new because I had the feeling that I already knew everybody. Horn players share a common bond that makes us all one big family.

The concerts of course are the highlight of any workshop. My favorite phrase to say after every concert was "if this were the only concert I heard all week, it would have been well worth the visit." I will not list and comment on all the excellent concerts, to do so would need many pages, but a few that will remain at the top of my list for a long time are: the opening concert with Hermann Baumann: I feel very privileged to have heard The Great Master play; Frank Lloyd: his ease and power; Bruno Schneider: his depth of expression and magnetic personality; Esa Tapani: his undeniable musicality; Miklos Nagy: his amazing control of the instrument; Allegrini: his purity of sound; American Horn Quartet and their wonderful stage presence; and the Budapest Horn Quartet.

I was also privileged to take lessons with Joseph Ognibene and Bruno Schneider, where I learned so much. They have been a model of inspiration that makes me wish I could become a full time student again. Playing in the massed horn choir on the final day under the baton of Hermann Baumann was another inspiration. Great history was made that day.

Thanks to Javier Bonet for allowing us to partake of this incredible musical event, one that was an enriching, gratifying, unforgettable human experience. Well, until next time, I have lots to keep me busy in the practice room, many great recordings to listen to, wonderful photos to look at, dear friends to correspond with, and fond memories from the 36th workshop in Valencia.

Some images from Tuscaloosa 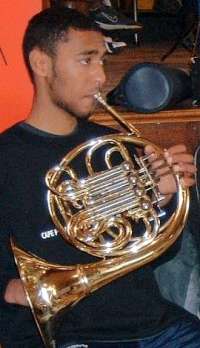 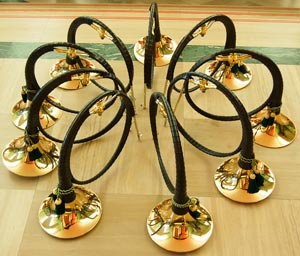 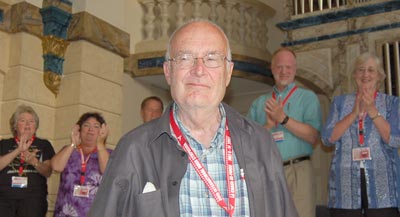 The 40th International Horn Symposium was held on the campus of the University of Denver, July 22-27, 2008. 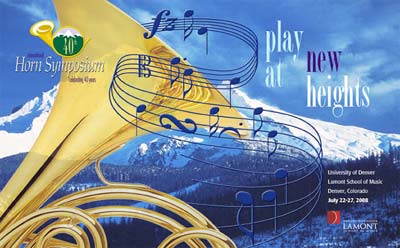 Highlights of the week will include, but not be limited to: