Listen to the music while you read! This link will take you to the available sources in your part of the world. 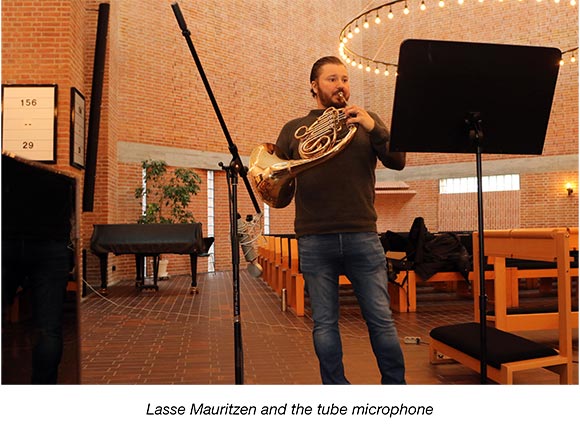 Horn recording is different from recording most other sound sources because the horn is an ambient instrument. That means that the sound of the horn is inherently bound to the surroundings in which it is played.  Most horn players have had the experience of sound technicians placing microphones pointing into the bell, resulting in turning the horn into a trombone, in which case they should have hired trombone players instead.  Generally speaking, the horn needs a minimum of one reflection before the microphone picks it up to yield that horn sound. This means that the horn should be miked from a position in front of the horn player. Urban legend has it that Hermann Baumann preached this gospel. Can any of you readers confirm that?

In the winter of 2021, the pandemic lockdown gave us time we would otherwise never have found to do this project. We recorded for 10 consecutive days. We were fortunate to have friends and sponsors lending us a church, a concert grand and good microphones. We had a grand design, but out of necessity we scaled it down. It turns out this it helped us a lot. 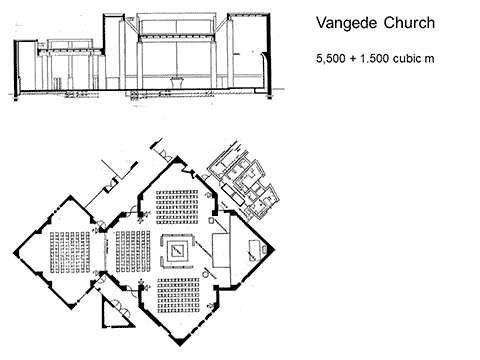 The Lutheran church in Vangede, north of Copenhagen, was designed and built as a venue for acoustic music in the seventies. It has a reverberation time around 3 seconds in the midrange, rising to almost 4 seconds in the low range.

We used the principle of a main microphone (as opposed to polymicrophony). The main microphone system was a quasi ORTF some four meters from the piano with the horn player in stereo center facing the pianist. We moved it around and ended as the photos show. In addition we spot-miked the horn from the front with two rather unusual microphones: One figure-8 microphone side-rejecting the piano sound from above the horn and a vacuum tube large diaphragm cardioid from beneath the horn. We ended up loving the tube the most. 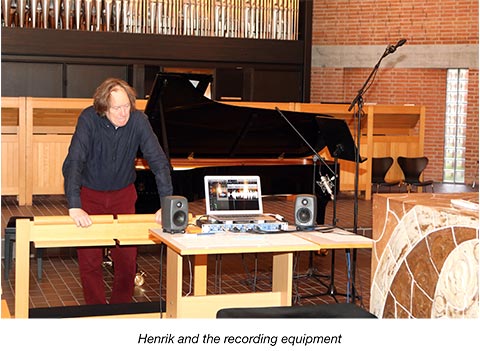 Effects: no effects, filters, delays, compression or artificial reverbs are used at all. The reverb you hear is the church itself. (The church was designed to sound good by skilled acousticians).

Loudness: Without much ado, the programme complies with the current industry standard. 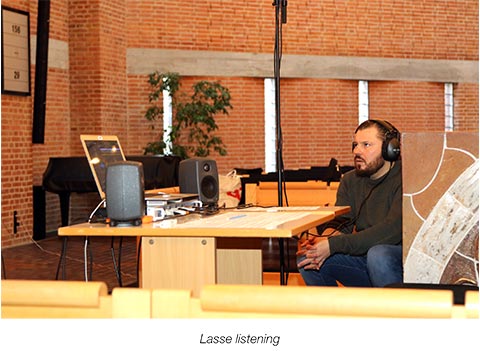 Although we aimed for recording the pieces in their entirety, we ended up editing the best snippets together. Like other technical advances, it seems to lie in human nature to utilize them when available, even when unethical.. We even considered overdubbing -only laziness prevented us from doing so.

Lasse Mauritzen joined the Danish National Symphony Orchestra as Principal/ Solo Horn in 2006, where he still plays today. Lasse has been a soloist with this orchestra several times, including a memorable performance of Richard Strauss Horn Concerto No. 1 in December 2017, conducted by principal conductor Fabio Luisi.

Henrik Bo Hansen has concentrated on his performing career while serving as organist since 1996. He frequently performs as a chamber musician with members of The Royal Danish Orchestra and the Danish National Symphony Orchestra.

Lasse and Henrik have been performing as a duo for many years.

The Compact Disc version is solely intended to serve as a business card/merchandise for the duo when touring. It will not be distributed.

He plays music in his leisure time.

He earns a living teaching math.