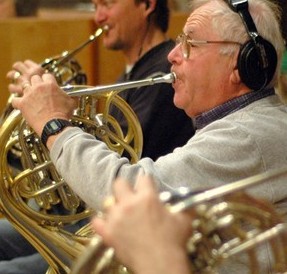 David Duke played in the UCLA band in the 1950s and has been sought after in Hollywood studios since the 1960s. He was a member of the Westwood Wind Quintet and played with ensembles such Henry Mancini, the Monterey Jazz Orchestra, Neil Norman, and the Abnuceals Emuukha Eletric Orchestra (organized by Frank Zappa).